Just a step away from our Home Youth Hostel, Lonja is one of the city’s most characteristic buildings, one of the most famous monuments of European Gothic architecture.

It was declared a World Heritage by UNESCO in 1996. The Lonja is located in the center of the city (ciutat vella) – opposite the Central Market and the Temple of Saints Juanes. At the end of century XIII, the old Lonja was insufficient before the prosperity of the city, reason why in 1469 began the construction of a new Lonja. Initiated its construction by Pere Compte (a citizen of Valencia, engineer and architect at the same time).

The Lonja represents a mystery, its outdoor appearance leads to confusion. For some people it seems a castle. Others, after appreciating the decoration of its main door, the stained-glass windows and the spaciousness of its columnar hall, come to the conclusion that it is a church. However, the Lonja is an old builiding of silk trading. Between its walls, in the different rooms that the building houses, commercial dealings were closed between rice farmers, cattle ranchers, feed merchants, flour merchants; (On certain days of the week) the rich regions of La Plana, the Ribera and the Marina.

La Lonja is composed of three distinct parts clearly distinguished from each other and a garden or “patio of orange trees”.

Book in our hostels and enjoy the advantages of Feetup Hostels!

We are a group of Hostels created by travelers and travelers from around the world.

Pay with confidence. Your transactions are made via technology SSL, the most widely used around the world.

We are Eco-Friendly ♻️ 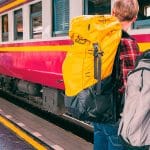 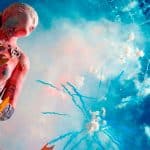